Showing posts from April, 2018
Show all

The Sacrifices of Writing

April 29, 2018
Like the lamb brought to slaughter there are many sacrifices a writer must make in the name of his passion. Many books on writing as well as those on success discuss this little issue that we either don't acknowledge, or take for granted.

Several years ago I spent my long commute too and from work listening to the audio book "The Success Principles" by Jack Canfield. There is a world of experience, knowledge and advice in this book as well as in Canfield's online and in-person courses but this one point regarding sacrifice stood out to me then. It comes back to haunt me now, in even bigger ways.

To paraphrase, Canfield says that if you want to succeed at something you must be willing to give up all the other things in your life that interfere with achieving that success. At the time I used work as an excuse for everything. And as I drove along the Northern State Parkway, part of that long serpentine, barely moving, snake of cars, I thought about how many pages of a nov…
Post a Comment
Read more 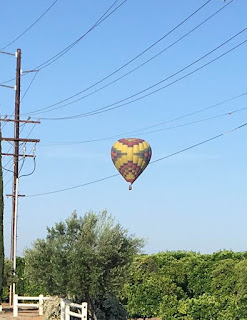 In order to write a novel--meaning a first draft, several revisions, a final edit and then writing a synopsis and query to submit to agents and publishers--I need to stop chasing all the shiny new objects that parade through my mind.

While I have had this novel mapped out several times and gotten 130 pages of a first draft written, it still isn't finished. I refuse to admit how many years ago I began writing it, or how many iterations it's gone through. And I blame my own resistance to the hard work as well as the lure of those shiny temptations.

Shiny objects appear in the form of poetry collections to edit and submit, short stories, blog posts, a chapbook of short stories written specifically for a contest, which by the way I did not even place in. They also appear in the form of art journaling and other art forms I like to play around in. But I can't keep chasing these shiny objects and still expect to complete a novel, and then go on to write more novels.

MAGIC POTION LOTION
Knee high by the Fourth of July. That’s how many strands of red licorice I had collected for my patriotic installation at the campus art gallery. Now I needed materials in blue and white and they had to come by the color naturally, I wasn’t allowed to paint anything and I only had two hours left to finish the piece in time. I ran down the hall of the dorm pounding on doors. “Wake up! Get to the lounge! I need help!” “What do you want now?” It was five o’clock in the morning but my dorm mates were used to my ill-timed bursts of creative energy. They dragged themselves down to the lounge. I looked at the sleepy hung-over congregation of students and begged. “Please, I need all your aspir…
Post a Comment
Read more

April 20, 2018
I believe that writing fiction based on what I am passionate about makes my writing stronger. When there is a fire in your soul and you write it into a story you not only express your feelings but you present an issue to your readers that resonates. I grew up in a family where there were always young children around, I raised two sons, and I had a thirty year career in early childhood education. I am passionate about the care, safety and education of young children and this is one of the stories that emerged from this passion.


SAVIOR
There it was again. The brittle wail of a baby crying. It could have been the two neighborhood stray cats fighting. It was hard to tell the difference. I got out of bed to check. A window lit up in the house next door though it was three in the morning. A voice called out, “Shut up or I’ll give you something to cry about!” Could Sue be yelling at her two year old son? Every night for two weeks I’d heard the crying and shouting and wondered what this child c…
Post a Comment
Read more
More posts