How I Came to Write Romance Novels

February 19, 2016
As I sit and write page after page of my romantic women's fiction novel I recall how I came to write romance at all. After all, I started my writing life with poetry and was barely writing any fiction at the time.

It had to be thirty years ago. I was teaching creative writing in adult education classes and had met a few writers who eventually came together in a weekly writing group. At the time I was writing poetry and short stories. I didn't even read romance novels, thinking they were too formulaic and simple. Instead I immersed myself in literary fiction writers like Margaret Atwood, Gail Godwin, Joyce Carol Oates and poets like Rod McKuen and Sylvia Plath. 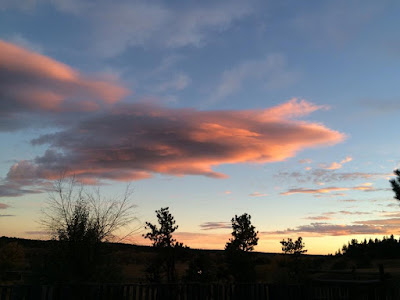 One night at a local library several romance writers were coming to speak and my little critique group decided we would go and see what it was all about. The talk was interesting and still I had a negative view of romance novels. Of course I had never read any so I held my opinion until I picked up a couple and gave them a try.

The writing was technically good, but still the stories seemed too cute, the turning points too pat, the characters too simple and sometimes inane. So I put aside the idea and returned to the psychological depth of my literary fiction.

Fast forward years later, like the past five years, and my outlook has changed.

First of all I leaned toward wanting to write romance because it seemed like such fun. And I wanted my writing to be be fun, for me as well as my readers. Besides, all the novels I had been writing contained some element of romance and I enjoyed the sparks between characters and the inherent happy endings. So I went to Barnes and Noble and perused amazon.com and bought a few romance novels. I looked for writers I'd heard of and who were recommended to me and then further narrowed my search by finding romance series since that thought had entered my writer's mind.

I read series by Kristan Higgins, Susan Mallery, Brenda Novak and Robyn Carr. And what I discovered about the romance novels being written over the past ten years or so is that they have more depth, the events that occur between the hero and heroine seem more realistic and good and bad vibes occur out of backstory and fears rather than coincidence. I also found that these new romances carry a subplot that addresses deeper issues like spousal abuse, teen pregnancy and grieving.

This has given me a renewed interest and a deep desire to write these kinds of books since I want my novels to include social issues and have some psychological meaning and yet I want the writing itself to be easily read and more commercial rather than literary.

It feels rather late in my life to be writing these books and to be just launching a novel writing career, but better late than never and I won't look back and stack up regrets when I can look forward and stack up pages, chapters, books and hopefully publications.

It's been a long journey but I have finally arrived.

craft of writing novel writing WRITING writing in many genres